Opioid addiction - to date largely untreated, but can AI and other tech solutions change all of that? 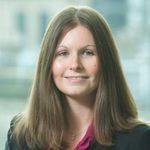 We are increasingly seeing the digitisation of healthcare - these are just another couple of examples of where start-up companies in the U.S. are looking to use technology to treat medical conditions. Start-up companies, such as Sober Grid and MedicaSafe who are mentioned in this video, are clearly inspired to follow in the footsteps of leading industry players such as Medtronic, which is very active in its efforts to disrupt the opioid epidemic with device-delivered therapies. Sober Grid has been developing its existing social network App to include AI to predict if someone was at a heightened risk of relapse and MedicaSafe is using medication boxes which a controlled to dispense one pill a day linked up with Smart Key which guides and tracks the patient as they undergo treatment.

It won't be plain sailing as they not only have to ensure compliance with the medical device legislation (where these products fall under its ambit) and prove efficacy, but will also face the challenge of data protection compliance in the jurisdictions in which the devices are used. However, we look forward to hearing about the outcome of the randomised comparison trial being run between Sober Grid and Perelman School of Medicine which, if successful, will be a great step forward. It is going to be testing their AI (which is being used to predict if someone was at a heightened risk of relapse) and their state-certified recovery coaching.

The opioid addition has traditionally been labelled a public health crisis in the US and Canada but the latest report from the Organisation for Economic Co-Operation and Development (OECD) has identified that it is becoming an increasing problem in other leading economies, including the UK with a 68% rise from the three years to 2016 in the availability of opioid painkillers: BBC News. The mitigation strategies proposed by the OECD are:

In response to the report, the Department of Health and Social Care has announced that the Medicines and Healthcare products Regulatory Agency (MHRA) would now be able to enforce warnings about the risk of addiction on the packaging of opioids. However, it seems like a step-change is required to really avoid an epidemic of the scale facing the US and Canada - it may well be that the solution lies in medtech.

The FT's US pharma and biotech correspondent Hannah Kuchler looks at the start-ups that are testing new ways of combating the devastating public health crisis. This includes the use of artificial intelligence to process language and predict the chances of relapse, and smart medication boxes that release one pill a day