On 19 February 2019, the Narcotics Act (No. 7) B.E. 2562 (2019) came into force ("Narcotics Act"). This decriminalised the use of cannabis for medicinal purposes, thus paving the way for the legalisation of medicinal cannabis production, consumption, importation and exportation in Thailand. This milestone made Thailand the first South East Asian country to legalise cannabis. Furthermore, with the impact of a COVID-19 on the economy, recently there has been a further push towards relaxation of cannabis related laws in the legal and political sphere as a way to boost the earnings of  the Thai people nationwide and to cement Thailand as a world class destination for medical tourism. This has been evidenced by the recent resolution passed by the Cabinet of Thailand, a body composed of the most senior members of the government of the Kingdom of Thailand responsible for the formulation and execution of governmental policies and submitting bills to the National Assembly for consideration. On 4 August 2020, the Cabinet approved the amendment to the Narcotics Act to expand access of patients to medical cannabis and for knowledge development and enhancement ("Draft Amendment").  The Draft Amendment allows patients, certified by medical practitioners, and practitioners of Thai traditional medicine, applied Thai traditional medicine and folk medicine, as well as farmers cooperated with, and controlled by, licensed persons to manufacture, import, export and possess cannabis, as the case may be, for medical and educational purposes.

The Thai Food and Drug Administration ("FDA"), a government agency established under the umbrella of the Ministry of Public Health ("MOPH"), is the main regulator of medical cannabis products. Its main role is to issue licenses and to conduct post-marketing surveillance of products to ensure they meet the required standards.

Cannabis, a Category 5 Narcotic under the Narcotics Act was legalised for medicinal uses, however it continues to be prohibited for recreational purposes. The penalty for misuse or possession of cannabis (without appropriate licenses) can be up to a period not exceeding 15 years of imprisonment plus a fine not exceeding THB1,500,000 (approximately GBP 36,770).

The rationale behind the lifting of the outright ban on using cannabis for all purposes was that the Thai Government has recognised the immense potential, both medical and economic, of liberalising cannabis laws. It would be fair to say that Thailand's approach to the legalisation of cannabis pre-pandemic can be characterised as cautious. However, with the economic pressures of the pandemic, this has since changed; the Government believed that once the travel restrictions are eased, this liberalisation of cannabis would have a positive impact on Thailand's economy. A key indicator is the opening of full-time cannabis clinics. In January 2020, the Government has opened its first full-time cannabis clinic on traditional medicine in Bangkok with nearly 2,200 patients registered. They have planned to further open 77 more clinics, with one in each province, to ensure greater access to medical cannabis across the country.

Another key rationale for the Government's cautious approach to legalisation has been related to the fear of the impact of international investors from countries and territories with experience in the cultivation and sale of legal cannabis might pose to the industry. This manifested itself in the imposition of a five-year exclusivity period ("Exclusivity Period") in which only Thai Government agencies and certain entities working in cooperation with Thai Government agencies prescribed under the Narcotics Act, are permitted to apply for either commercial or non-commercial licenses to cultivate, distribute and use the cannabis plant. This is set to end in the year 2024. Following which the private sector may be eligible to obtain licenses to commercialise medicinal Cannabis , its extracts and byproducts without needing to partner with the Thai Government.  We will see in due course whether that will be the case.

The licensing pathway for medicinal cannabis in Thailand is due to be announced by way of subordinate legislation to the Narcotics Act. The drafts of which have been disseminated to the public for comment on numerous occasions. As they currently stand, there are four types of licenses available. These are for (1) possession; (2) production; (3) sale; and (4) importation and exportation. These can be applied for by certain groups as permitted under the implementing regulations. This includes medical professionals, universities, farmers, patients and any other groups that the MOPH deems suitable. It is worth reiterating that that due to the protectionist nature of the Exclusivity Period, only Thai Government agencies or those working in cooperation with Thai Government agencies are able to apply for licenses for production, sale, importation and exportation under items (2) -(4) above.

Additionally, the latest development in relation to the legalisation of cannabis is the passing of the resolution of the Cabinet on 4 August 2020 relating to the Draft Amendment as mentioned above. The Draft Amendment includes expanding and setting out requirements in relation to the manufacturing, importation, exportation, distribution, possession and destruction of cannabis. The goal of the proposed Draft Amendment is to encourage the development of medical expertise and knowledge of the cannabis plant and its applications in collaboration with the Government.

IMPACT OF COVID-19 AND FUTURE OPPORTUNITIES

The economic impact of COVID-19 has made developing the Thai medical tourism industry as a means to encourage investment and to boost the economy more urgent. Unless there are further changes in the legislative framework i.e. an amendment to the Narcotics Act, foreign enterprises will not be able to participate in the production, sale, importation and exportation of Thai medicinal cannabis until 2024 due to the Exclusivity Period. However, there may still be opportunities for international investors, for example, providing knowhow to a relatively new market of producers and manufacturers and facilitating access to overseas markets for Thai medicinal cannabis. 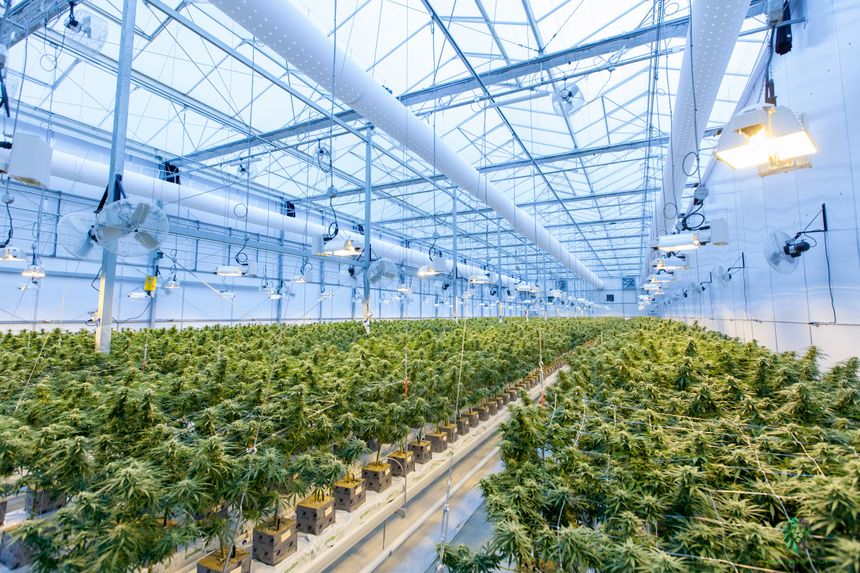