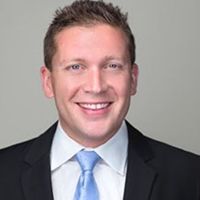 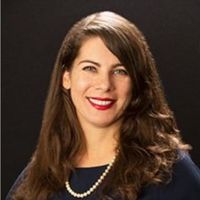 In a pair of opinions issued in March, the Federal Circuit affirmed two Patent Trial and Appeal Board determinations that biotechnological patent applications owned by Stanford University claim ineligible abstract ideas under 35 U.S.C. § 101.[i]

The cases involve two Stanford patent applications directed to computerized, statistical methods of “haplotype phasing.” Haplotype phasing is a process for determining the parent from whom alleles (ie, versions of a gene) are inherited.

According to Stanford, the claimed methods “generate better data” and provide more accurate predictions of haplotype phase (97.9 percent predicted) as compared to the prior art (80 percent predicted).  The claimed methods achieve this feat by considering additional types of data (“linkage disequilibrium data” and “transition probability data”) and by using a specific statistical tool (a specific type of hidden Markov model).  Stanford argued that the claims were not abstract because they recite “a very specific method of inferring or predicting haplotype phase.”  Stanford likened its claims to those upheld in Finjan, McRO, and Enfish.  For example, Stanford explained, “just like McRO created more accurate animation data,” the claimed methods “improve the field of haplotype phase by correcting errors in the underlying data and creating new, more accurate data.”

But from the outset of oral argument, the Federal Circuit signaled doom for Stanford’s patents.  Chief Judge Sharon Prost described the claims as “pure data analysis”; Judge Alan D. Lourie observed that the claims merely “create data from other data"; and Judge Jimmie V. Reyna opined that the claims never “get out of the abstract realm of data manipulation.”  The panel also highlighted the absence of a “technological improvement,” casting doubt on Stanford’s assertion that the technological improvement is an “improved data structure.”

Judge Reyna penned the court’s opinion in each case.  Both were precedential, a relative rarity in this era of remote oral arguments. Applying the Supreme Court’s two-step Alice framework for patent eligibility, the court affirmed the examiner’s § 101 rejection.  Both applications, the court held, claim mathematical calculations and algorithms, which, “without more, are patent ineligible under §101.”

Looking to the “mathematical algorithm” branch of its § 101 jurisprudence, the court conducted two assessments of the claims at Alice Step One: it considered whether the claims recite a “practical application” and whether the claimed methods “improve a technological process.”  The court found neither.  The “generic steps of implementing and processing calculations,” the court opined, do not recite a practical application or an improvement to a technological process, even if they yield a “more accurate haplotype prediction.”  This lack of practical application or technological improvement rendered Stanford’s claims different from those previously upheld by the court.  In McRO, the panel explained, the claimed process “created a sequence of synchronized, animated characters.”  In Finjan, the claimed method scanned for computer viruses in a way that detected “cosmetically modified” viruses.  And in Enfish, the claimed method yielded “greater flexibility in configuring databases, faster searching, and more effective storage.”

The claims also failed Alice Step Two – which Judge Reyna described as a “lifeline”: “it can rescue and save a claim that has been deemed, at step one, directed to non-statutory subject matter.”  The court held that the claims did not include an inventive concept, and it affirmed the claim steps as well-known, routine, and conventional.  “Indeed,” Judge Reyna noted, “it is hard to imagine a patent claim that recites hardware limitations in more generic terms than the terms employed by claim 1.”  Seeking to separate the often comingled concepts of § 101 and § 102, Judge Reyna clarified that “novelty” is not “the touchstone of eligibility.”  “That a specific or different combination of mathematical steps yields more accurate haplotype predictions than previously achievable under the prior art is not enough to transform the abstract idea [] into a patent eligible application.”

The court reached the same ineligibility conclusion for dependent claims that included a final step of providing a “diagnosis,” “prognosis,” or “the drug for treatment.”  In the proceedings below, the Board found these claims ineligible because they “are not directed to a specific method of treatment, do not identify specific patients, do not recite a specific compound, do not prescribe particular doses, and do not identify the resulting outcome.”  The court agreed on appeal: “[w]ithout further limitations, these claims do nothing more than recite the haplotype phase algorithm and instruct, ‘apply it,’ as the Supreme Court has prohibited.”

Although the Leland Stanford cases fit squarely within existing § 101 precedent, they have been widely viewed as presenting yet another hurdle for inventors in the growing field of bioinformatics and computational biology.  Uncertainty about the scope of patent protection could pose significant problems for these fields, as biotechnology companies have increasingly applied computational power to their research, testing, and manufacturing processes, which has often yielded products and treatments with far-reaching public health benefits.

In the wake of the Leland Stanford cases, commentators have focused on claims 9 and 19, which include the step of “providing the drug for treatment.”  In finding that these claims lacked a “practical application,” the court focused on their lack of specificity.  But that rationale has troubled certain members of the computational biology space, because many of the industry’s recent inventions – like those here – apply to a wide range of biological and medicinal functions.   Other observers have noted the apparent incorporation of § 112 specificity-concepts into the Court’s § 101 analysis.  But as Judge Reyna signaled, those specificity considerations stem from Alice itself, which provided that an “instruction to apply the abstract idea . . . using some unspecified, generic computer is not ‘enough’ to transform the abstract idea into a patent-eligible invention.”  Alice Corp. Pty. v. CLS Bank Int’l, 573 U.S. 208 (2014).

All eyes will be on the Supreme Court now, which may clarify these issues and harmonize the Federal Circuit’s § 101 jurisprudence when it addresses patent eligibility in American Axle & Manufacturing, Inc. v Neapco Holdings LLC, No. 20-891.  But as it stands, inventors in bioinformatics and computational biology – emerging fields of great public importance – should stay abreast of these developments in order to draft patent applications that survive the § 101 gauntlet.