This browser is not actively supported anymore. For the best passle experience, we strongly recommend you upgrade your browser.
All Posts Subscribe
June 3, 2021 | 7 minutes read

Learning the Lessons on Excessive Pricing from Aspen 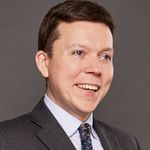 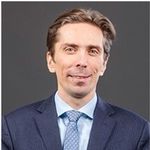 Back in April 2017, The Times ran a story detailing how a drug giant had a “secret plan” to destroy a cancer medicine unless large price rises were agreed to by national purchasing authorities.  A month later, the European Commission opened an investigation into Aspen.  Almost four years later in February 2021, it accepted commitments from Aspen, closing an awkward excessive pricing case.  The commitments (1) fix the price that Aspen is allowed to charge for six cancer drugs in most EEA Member States (including the UK as the case was initiated prior to 31 December 2020), and (2) include a commitment to continue supplying the medicines for a guaranteed five year-period.  The Commitments apply for a second five-year period unless Aspen decides to discontinue commercialising a product in a Member State, which can only occur after an 18 month notice period to national authorities and an offer to sell the marketing authorisations to an interested third party.

The 88-page Commitments are largely unchanged from those originally proposed by Aspen which we discussed in a previous post in October 2020.  Recently, the detailed 55-page public version of the Decision was published – and we discuss five lessons below.

1. Start with a benchmark…

The Decision applies the classic two-step United Brands test to analyse (1) whether the difference between Aspen’s costs and price was excessive, and (2) whether Aspen’s price was unfair “in itself” or when compared to competing drugs. To determine excessiveness, the Commission relied on a profitability analysis (although a variety of other measures can be used).  In the Decision, Aspen’s profits are compared to a benchmark comprised of the profit margins of 23 comparator companies selected because they earned the majority of their revenues from off-branded or generic medicines listed in the antineoplastics ATC-2 category L1 targeting cancer patients (i.e., with similar active substances).  This benchmark covered 66 gross margins and 108 EBITDA observations.  These comparable firms had a 54% median gross profit margin and a 23% median EBITDA margin.  Once it established the benchmark, the Commission then relied on the 23% median EBITDA margin as a proxy for a “reasonable profit margin”.  This is referred to as the cost-plus level for the six Aspen medicines.  Relying on this proxy, the Commission found that Aspen “earned persistently levels of excess profits very significantly over the cost-plus level”, on average 280-300% in excess of the cost-plus level.  Or, as the Commission noted, “on top of a reasonable return, Aspen earned additional profits roughly three times the level of cost-plus”.  Indeed, the Decision reports that, at portfolio level, Aspen earned an EBITDA margin of between 80-90% and that “not a single Comparator company in the entire sample of observations achieved such a high margin”.

One takeaway for firms facing excessive pricing risk is to undertake an internal analysis across a meaningful cohort of comparator firms to identify a reasonable profit margin in its sector.  For example, in the pharma sector, the Commission was able to rely on publicly available data in the IQVIA database to build this benchmark – even though some of the benchmark products would not compete in the same product market as Aspen.

2. An unfair strategy can play a part

To determine unfairness in Aspen, the Commission focused on the fact that Aspen’s price was unfair “in itself”.  Notably, other potential generic and innovative price comparator drugs were deemed “unsuitable” for comparison.  In particular, the Commission found that Aspen had not improved the products through R&D, had designed a strategy to exploit national health systems, and the price increases were disproportionate and without legitimate reason.  The Commission drew on Aspen’s internal documents to demonstrate that Aspen introduced price increases by threatening to de-list or withdraw its medicines from sale, threatening critically ill patients.  Price increases were adopted in a manner to “defeat the purpose and effectiveness of the external reference pricing systems and to avoid parallel trade”.  For example, Aspen targeted significant price increases in Germany because German law allowed Aspen to “unilaterally set new, increased list prices” which were then used to seek increases in other Member States.  In terms of proportionality, the unit cost of the product had faced only modest increases in the 10-40% range, while price had increased in the 180-430% range.

A key lesson here is that the Commission may usefully refer to “intent” and a firm’s “strategy” as a relevant factor to support finding an exploitative abuse of dominance.  Cases based on exploitation, as opposed to exclusionary practices, somewhat fell out of fashion at EU level since the Commission published its Guidance on Enforcement Priorities in 2009.  Aspen may reflect a new trend to pursue exploitative abuses – and authorities may seek to continue to rely on concepts such as “intent” and “purpose” for framing abusive conduct, rather than market effects.  Even perhaps, we are seeing by object cases creep into Article 102 TFEU enforcement.  So, internal documents that reflect an exploitative price rise strategy will tend to reinforce a regulator’s concern – and firms should pay attention to the strategy and claims they use during pricing negotiations or reimbursement discussions.

Publicly, the Commission has stressed that it is eager to preserve innovation incentives for new drug products (although it cannot rule out scrutiny even for new drugs).  After expiry of patent protection, it is generally assumed that prices fall steeply as generics enter the market (up to 90%).  However, for rare, off-patent or orphan drugs with continued high-prices, it may be prudent for firms to engage in a more in-depth analysis of potential justifications where profit margins are “significantly and persistently” in excess of a reasonable proxy.

Indeed, Aspen sought to argue that the six drugs presented the characteristics of an “orphan” under the Orphan Drug Regulation.  The Decision rejects Aspen’s justification on the basis its drugs had been on the market prior to the 1999 regulation and did not meet the criteria for orphan designation.  It is noteworthy that in an ongoing different case Leadiant, the orphan drug chenodeoxycholic acid which was designated by the EMA in 2017 is subject to pricing investigation by national competition authorities in the Netherlands, Spain, Belgium and Italy.

Commitment decisions are generally not appropriate in cases where the nature of the infringement calls for the imposition of a fine.  Accordingly, no fine was imposed on Aspen.  Yet, at the same time, the Commitments impose a form of restorative justice by providing for “transitory rebates”.  Effectively, these reimburse national payors for the higher prices paid for Aspen’s products from 1 October 2019 (when Aspen proposed the commitments).  Patients who made co-payments even get a partial refund thanks to the transitional rebate structure.  Interestingly, a similar approach was taken in the UK in another case involving Aspen.  In July 2020, the UK Competition and Markets Authority (CMA) not only agreed a fine with Aspen of £2.1 million for seeking to keep rivals out of the UK market for fludrocortisone but also extracted an £8 million (re)payment to the UK National Health Service (NHS), which may not have been obtainable in a formal decision.

Nevertheless purchasers after 2012, when the price increases began, do not legally recoup any potential “excessive payment” under the Commitments and have no formal basis for a follow-on action.  Officials have publicly noted that customers are free to pursue claims based on discovered internal documents (and may rely on the Commission’s benchmark methodology as a starting point to calculate loss).

The upshot is that commitments remain an attractive way to settle complex cases for both regulator and target.  The problem with determining which price is “fair” and  “unfair” were at the forefront of the Commission’s reluctance to deal with exploitative abuses and engage in detailed price regulation – a highly complex exercise even for sectoral regulators.  The Decision allows the Commission to avoid hard questions on where the boundary for excessive and non-excessive sits for each product in each Member State – and yet extract some form of penalty or compensation for exploited customers.  Equally, the Decision offers stakeholders some further context for analysing when pricing practices stray into unlawful territory.  That said, judging by the fact that the case took four years to resolve, and despite the publication of an apparent smoking gun in a national newspaper, it is clear that concerns about whether EU competition law can replace specific price regulations remain.