This browser is not actively supported anymore. For the best passle experience, we strongly recommend you upgrade your browser.
All Posts Subscribe
June 29, 2021 | 6 minutes read

For many years, the following question awaited judicial determination under Australian law: is a DNA-based diagnostic method patent eligible subject matter?  For this reason, the case of Sequenom, Inc. v Ariosa Diagnostics, Inc. has been watched closely as it played out around the world: from the US, to the UK, and now, at last, Australia.  In exciting news for life sciences innovators, the Full Court of the Federal Court of Australia has confirmed that diagnostic methods involving the practical application of “natural phenomena” can be patentable inventions in Australia.

We have previously reported on the US decision of the US Court of Appeals for the Federal Circuit in Ariosa Diagnostics, Inc. v. Sequenom, Inc. 788 F.3d 1371 (Fed. Cir. 2015), which held that the claims in suit to prenatal diagnostic methods were patent ineligible because they began and ended with a natural phenomenon.  We have also previously reported on the decisions of the High Court of Australia in D’Arcy v Myriad Genetics Inc [2015] HCA 35 (Myriad), which held that the claims-in-suit to isolated nucleic acids were not directed to patent eligible subject matter, and in Apotex Pty Ltd v Sanofi-Aventis Australia Pty Ltd & Ors [2013] HCA 50 (Apotex), which held that methods of medical treatment are patent eligible subject matter.

Contrary to the US Sequenom decision, the Full Court in Ariosa Diagnostics, Inc v Sequenom, Inc [2021] FCAFC 101 (Sequenom FCAFC) has confirmed that equivalent Australian claims to a prenatal diagnostic method are directed to patent eligible subject matter.  The equivalent Patent was also found to be valid in the UK in Illumina, Inc v Premaitha Health Plc [2017] EWHC 2930 (Pat) but on different reasoning to the Australian decision.

Sequenom FCAFC was an appeal from a decision of Justice Beach in 2019 (Sequenom, Inc. v Ariosa Diagnostics, Inc. [2019] FCA 1011), which considered, amongst other things, whether the prenatal diagnostic method claimed was patent eligible subject matter pursuant to section 18(1)(a) of the Patents Act 1990 (Cth), which requires that an invention be a “manner of manufacture” within the meaning of section 6 of the Statute of Monopolies.

“A detection method performed on a maternal serum or plasma sample taken from a pregnant female, which method comprises detecting the presence of a nucleic acid of foetal origin in the sample.”

In line with our previous discussion of the NRDC Factors and the Myriad Factors, Justice Beach concluded that the invention fell clearly within the concept of a manner of manufacture as outlined in National Resource Development Corporation v Commissioner of Patents [1959] HCA 67 (NRDC): the claimed invention was a product or process made by human intervention, which had economic utility.  Justice Beach went on to consider the additional factors set out in Myriad, even though he did not consider it necessary as he found that the claims to the prenatal diagnostic method did not involve a significant new application or extension of the concept of manner of manufacture.

On appeal in Sequenom FCAFC, the appellants contended that the Patent claimed “a mere discovery of a naturally occurring phenomenon” (the discovery being the fact that cell free foetal DNA (cffDNA) from maternal plasma or serum is a source of foetal DNA), not a method involving a practical application that goes beyond the discovery itself, and, as a result, there was no artificially created state of affairs arising from the invention as claimed.  In a related submission, the appellants contended that, properly understood, the end result of each claim is information only and, accordingly, not an artificially created state of affairs.  Based on these arguments, the appellants claimed the invention was not a manner of manufacture, and therefore not patent eligible.

The appellants’ arguments were unsuccessful.  The Full Court agreed with Justice Beach’s conclusion that the claims to a prenatal diagnostic method were not claims to the product or presence of cffDNA, but rather to a method by which the discovery of the existence of cffDNA could be put to practical use, differentiating the facts of Sequenom FCAFC from those in Myriad (where the claim in suit was for a product: the isolated BRCA1 gene sequence).

The claims in Sequenom FCAFC were not, as a matter of substance, directed to genetic information, but to a method involving the practical application of a means for identifying and discriminating between maternal and foetal nucleic acid.  Although foetal nucleic acid occurs in nature, the substance of the invention was not cffDNA itself, but the identification of that particular nucleic acid as a part of a method.  Moreover, claim 1, when broken down, involved two broad integers covering a detection method performed on maternal serum or plasma, and comprising detecting the presence of a nucleic acid of foetal origin, each of which would require significant human intervention to carry out, leading to an artificially created state of affairs.

The appellants contended that “detection” of cffDNA was the same as the discovery that cffDNA was detectable (i.e. there is no application of the discovery by simply claiming the detection of what has been discovered to exist).  However, the Full Court found that such an approach obscured the correct identification of the invention, which lay in the explanation as to how the knowledge that cffDNA is present in maternal plasma or serum may be unlocked for others to use (i.e. the explanation of how to extract the cffDNA from the plasma or serum).  The invention consisted of the idea coupled with the practical means of application: the invention as claimed was not merely an output, but a detection process that yields an output.

2. An invention must be considered as a unitary concept; it should not be segregated artificially into parts (e.g. by disaggregating the discovery of cffDNA in maternal plasma and serum from the method used to harness that discovery).  An invention may arise from an idea and then be applied in a perfectly well known way, and yet the combined effect of the idea and its application may result in patentable subject matter.

3. An invention may reside in an abstract idea that is then put to a useful end, even though the way of putting it to that end can be carried out in many useful ways, all of which are otherwise known.

The Full Court’s decision in Sequenom FCAFC on the issue of patent eligibility will be welcome news to patentees in light of the US Sequenom decision, and the different line of case law supporting the Illumina decision in the equivalent UK litigation.  Indeed, the Full Court noted at [165] that “[q]uite apart from the diverging approaches, and different result in respect of similar claims”, the legal analysis identified in the Australian authorities represented by NRDC, Apotex, and Myriad diverged substantially from the legal analysis developed in the US and the UK (and Europe).  Importantly, in Australia, innovators in the field of biotechnology can continue to develop ground-breaking new diagnostic methods involving natural phenomena with the knowledge that those inventions will be patent eligible as long as they constitute a practical application of that natural phenomenon.

On appeal, the appellants also challenged a limited part of Justice Beach’s decision on infringement relating to instances where blood samples collected from pregnant women in Australia were sent to Ariosa in the US, where Ariosa conducted a non-invasive prenatal test called the Harmony Test that was asserted to infringe particular claims of the Patent, and the results were then provided to companies in Australia.  Beach J held that the “product” of the Harmony Test were the test results, and therefore provision of the test results in Australia infringed the Patent.

Beach J held that “product”, in the context of a product resulting from the use of a method or process within the definition of “exploit” in the Patents Act covers “anything resulting from the patented method that can be commercially exploited” (Sequenom, Inc. v Ariosa Diagnostics, Inc. [2019] FCA 1011, [1472]).

The Full Court overturned Beach J’s ruling in respect of the challenged infringement finding.  The Court held the fact that such information is derived from a patentable process or method cannot render the information itself patentable.

Their Honours held that the word “product” in paragraph (b) of the definition of “exploit” should not “be interpreted as extending the patentee’s monopoly to information which could not itself constitute patentable subject matter since it would have the unintended and odd consequence of permitting the patentee to obtain patent protection in respect of subject matter that has long been held to be unpatentable” (Sequenom FCAFC, [269]).

In view of the importance of Full Court’s decision in Sequenom FCAFC, there are reasonable prospects that an application for special leave to appeal to the High Court will be made. 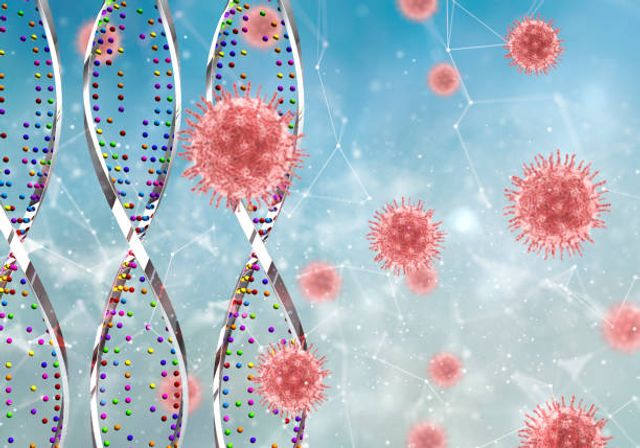