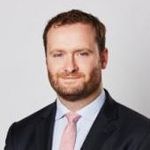 DLA Piper's European Cannabis team in partnership with Hanway Associates, Crunchbase and Seedrs have analysed the European cannabis investment ecosystem for the first time, revealing that private and public cannabis investment in Europe totals over €1.2 billion to date, with more than 20% of that raised in the first six months of 2021.

The report titled 'The European Cannabis Investment Ecosystem', examines the scope and scale of major, EU-wide investments by venture capitalists, retail investors, high net worth individuals and family offices and documents major corporate and institutional investors that are beginning to dip their toes into the sector, starting to reverse the flow of capital across the Atlantic.

ECIE examines the scope and scale of major, EU-wide investments by venture capitalists and retail investors, and documents major corporates and institutional investors that are beginning to dip their toes into the sector – reversing the flow of capital across the Atlantic. The data reveals that cannabis investments are extremely hot for European investors right now with an estimated €120m invested privately in cannabis companies in the first six months of 2021.

Expected fundraising could grow beyond a record breaking €350 million in 2021 at its current rate.

The investment landscape is maturing quickly as VCs begin to represent the majority of European cannabis investment, and angels get priced out. 42.1% of capital invested privately into the European cannabis ecosystem was venture capital while 33.6% of investment came from angel investors & high net worth individuals.

More mainstream VC funds are actively watching the space. Will Gibbs, Principal at London-based VC Octopus Ventures, said they are watching the sector carefully and that they “have built a strong thesis and track record around taboo sectors. Only a subset of investors and entrepreneurs go into these spaces, but the size of the prize is massive.”

Startups are tapping into pent up investor demand

Europe has also seen a 50% increase in the number of cannabis-related IPOs since 2020 in just the first half of 2021. As of June 2021, the amount raised on European public markets has increased by over 116.2% since last year.

Jeff Kelisky, CEO of Seedrs, said "Globally, there is a growing acceptance and recognition of CBD and medicinal cannabis for its enormous therapeutic benefits. This openness is now translating into enormous amounts of interest - and capital - from retail investors. This is a market with huge potential, and now, for the first time at scale, retail investors can share in its growth early on. 2021 is the year many businesses in the cannabis space are looking at hypergrowth and seeking out finance to make that happen.”

Over €42 million is estimated to have been raised in the UK in the first six months of 2021 through private transactions, with €53 million of investment raised on London’s stock exchanges in the same period. London’s AIM exchange was home to the earliest European cannabis IPO with GW Pharmaceuticals in 2001 – which was acquired for $7.6 billion in 2021, setting the benchmark for mainstream acquisitions in the European cannabis sector.

A slew of listings in 2021 after a UK Financial Conduct Authority announcement allowed cannabis companies to list on the LSE further cemented London’s role within the European cannabis sector.

In February 2021 David Beckham-backed Cellular Goods saw their stock value surge 470% on their London Stock Exchange debut after a hugely oversubscribed IPO, bringing the companies market capitalisation to over £100 million.

M&A picked up pace in 2021 with a number of large deals taking advantage of ‘the European opportunity’. Multi-country European cannabis companies are becoming an attractive M&A target for large North American cannabis operators, as evidenced by Curaleaf’s acquisition of EMMAC for £281.5 million ($388 million) in March 2021 for their European assets. The Canadan Tilray-Aphria merger valued at £2.75 billion ($3.8 billion) was also predicated on the joining of their key European infrastructure assets.

Medical and pharmaceutical companies represent the majority of European cannabis deals activity. Healthcare investments dominate the ecosystem (50.8%), closely followed by wellness companies (39.3%) made up primarily of CBD brands. Industrial hemp (7.4%) and adult use (2.5%) make up the rest of the market activity. The data suggests that while remaining cautious of cannabis as a consumer product, European investors are starting to recognise cannabis as an effective health and wellness option.

Although investment in the sector is growing, regulations still prevent large mainstream investors from fully embracing it. Regulatory confidence in the UK has allowed investors to enter the sector and created the biggest CBD market in Europe. TRIP raised €4.24 million, the highest amount raised by a UK CBD consumer brand in a single private round.

“2021 has been a brilliant year for European cannabis. We expect the continued growth in the UK and Europe, but anticipate consolidation in the market as overly optimistic companies may not have learned lessons from North America and will struggle to raise money in the public and private markets. Those with fundamentally sound business models will do well and be attractive targets for investment and M&A, while many will start to get pressure from shareholders seeking opportunities for liquidity.” (Dylan Kennett, Co-Chair of the DLA Piper Cannabis practice). 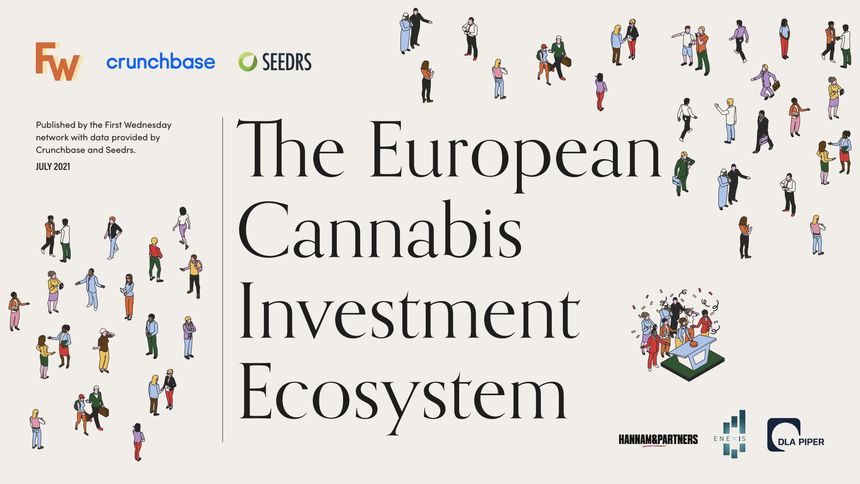