Thaler Shut Down: High Court of Australia confirms AI incapable of being an "inventor" 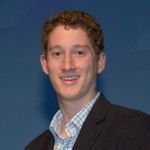 Artificial intelligence (AI) is playing an increasingly relevant and important role in our lives.  Be it through your personal devices, streaming platforms or the production of vaccines, our symbiotic relationship with AI is unquestionable.  This rapid rise in the use of AI raises challenging questions for patent law: are AI-created technologies patentable and should AI be recognised as the inventor?  We take a look at the decisions leading up to the decision of the High Court to refuse Dr Thaler’s application for special leave, where these questions were answered.  With innovation heavily embracing AI across all industry sectors, this decision is key for all businesses to understand.

The patent application in question lists the inventor as the AI system "DABUS", an acronym for “device for the autonomous bootstrapping of unified sentience”.  The Deputy Commissioner of Patents determined that the Patents Act and Regulations were inconsistent with AI being recognised as an inventor (see Stephen L. Thaler [2021] APO 5).

Dr Thaler appealed to the Federal Court, where Justice Beach concluded that, on the contrary, an AI system can be recognised as an inventor under the Patents Act.  This, Justice Beach said, would be to accord the word "inventor" with its ordinary meaning, a meaning that must not only recognise the "evolving nature of patentable inventions and their creators" in light of the newly inserted objects clause under the Patents Act, but a meaning that must reflect reality (i.e. if the AI system is not the inventor, who is: would it be the programmer, the owner, the operator, the trainer, or perhaps the person who provided input data?).  Our detailed report on the first instance decision can be found here.

In April 2022, a special five-member bench of the Full Federal Court overturned this decision in Commissioner of Patents v Thaler [2022] FCAFC 62.

Dr Thaler sought special leave to appeal to the High Court of Australia.  On 11 November 2022, the High Court heard oral arguments and refused Dr Thaler’s application for special leave.  As a result, AI is not capable of being named as an inventor of a patent application in Australia absent a change in legislation.  This is consistent with the current position in both the United Kingdom and the USA.

The key issue before the Full Federal Court, and subsequently in the High Court, was whether or not DABUS, as an artificial intelligence machine, is an “inventor” as that term is understood in the Patents Act and Regulations.  Naturally, in answering this question, important policy considerations inevitably arose.

The Full Federal Court emphasised the importance of identifying the true "inventor" and the concept of entitlement to be granted a patent.  The Full Court opined that identification of the true inventor was crucial, as the grant of a patent serves to reward this inventor for their ingenuity and discovery.

The Full Court further noted that, historically, the ability of a person to apply for a patent was predicated upon the existence of an "actual inventor" from whom entitlement to the patent can be derived, which "actual inventor" needed to possess “legal personality”.  Considering the Patents Act in this historical context, the Full Court noted that nothing alters the established laws regarding entitlement to be granted a patent.  The Full Court stated that the term "inventor", while not defined in the Patents Act, has long been held to bear its ordinary meaning: the person responsible for the invention, or the inventive concept.  Ultimately, the Full Court concluded (at [105]) that:

"…We  do  not  take  the  references  in  those  cases  to  “person”  to  mean, definitively,  that  an  inventor  under  the  Patents  Act  and  Regulations  must  be  a  human. However, it is plain from these cases that the law relating to the entitlement of a person to the grant of a patent is premised upon an invention for the purposes of the Patents Act arising from the mind of a natural person or persons.  Those who contribute to, or supply, the inventive concept are entitled to the grant. The grant of a patent for an invention rewards their ingenuity."

Consequently, the Full Court interpreted the phrase “a person who is an inventor” in the Patents Act to be a reference to a natural person.  The Full Court therefore rejected the findings of Justice Beach at first instance, where his Honour had drawn a distinction between a person who can be entitled to the grant of a patent, and an agent that can be named as an inventor.  The Full Court considered it irrelevant that Dr Thaler may have the rights to the output of DABUS.

In discussing the development of patent law, the Full Court referred to the High Court’s decision in D’Arcy v Myriad Genetics Inc (2015) 258 CLR 334, where the majority, in considering the requirement for an artificially created state of affairs, found that an invention "must be something brought about by human action".  The Full Court considered the use of the phrase "human action" to be a deliberate recognition that human agency is required in the development of an invention.

As a result of the High Court’s dismissal of Dr Thaler’s application for special leave, any progress in recognising AI as an inventor will fall squarely on the shoulders of Parliament.

The Full Federal Court noted that Dr Thaler, in bringing his claim, had no doubt intended to provoke debate as to the role of AI within Australian patent law.  The Full Court considered that, whilst such a debate is important and worthwhile, it may have clouded consideration of the legal issues before the primary judge.  The Full Court suggested that the case gives rise to key policy questions requiring urgent attention by the legislature, including:

An 'A-eye' to the Future

It was an agreed fact that DABUS was the inventor, not Dr Thaler.  It was therefore not open to the Full Court, nor the High Court, to consider the question of whether the patent application in fact had a human inventor who could have been identified.  Consequently, the Australian Courts are yet to consider whether the owner of the machine upon which AI software runs, the developer of the AI software, the owner of the copyright in the source code, or some other individual, can be recognised as the inventor of an AI output.

Justice Beach posed the question, “[w]e are both created and create. Why cannot our own creations also create?”  For now, at least, the High Court has shut down this question.  With the use of AI increasing at a rapid rate, it is now for the legislature to consider whether inventions created through use of an AI machine should be protected by patent law, and what changes are required to patent law if the answer to that question is yes.